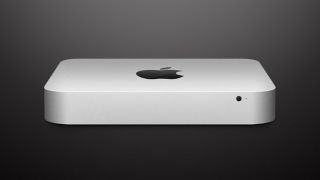 Apple supply chain analyst Ming-Chi Kuo has a reputation for predicting product advancements with a reasonable amount of accuracy, so when he starts talking about what the Cupertino company has in store, it's generally worth listening.

As reported by 9to5Mac, the prolific prognosticator has just published new research notes predicting that Apple plans to shake up the Mac product line this fall in the US (that's roughly mid-September through to mid-December).

Expectedly, the hardware predictions include updates to Apple's MacBook, MacBook Pro and iMac lineup, which are all said to boast "significant display-performance upgrades", though what's more surprising is Kuo's belief that the tech giant is finally looking to replace its MacBook Air with a new budget laptop option.

However, perhaps the most exciting forecast in Kuo's notes involves a long-awaited refresh to the neglected Mac mini series, which has not seen an update in almost four years.

Sweet, what else you got?

Along with the updated Mac lineup, Kuo also doubles down on his previous predictions of new iPad Pro models with Face ID technology, and a more affordable notch-bearing iPhone with an LCD display (which may or may not be the iPhone 9).

According to Kuo, we should also expect two new Apple Watch models with larger displays this year, with 1.57-inch and 1.78-inch versions that are said to include enhanced heart rate detection features.

Apple's highly anticipated AirPower charging mat is also expected to finally land on shelves later this year (as per our previous report), and it looks like the company's popular AirPods will be updated, too — although they probably won't be the noise-canceling ones that have been slated for release in 2019.

We'll have to wait to see if any of these projections are proven accurate, but if even half of them are, we could be looking at another record-breaking year for Apple.