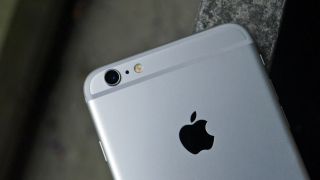 Apple just began testing its production of the iPhone 6s Plus in India.Smartphone sales are higher than ever and the government is cashing in on the opportunity to push the Make in India initiative even further by imposing higher customs on the import of components.

Since then, Xiaomi has already announced three new manufacturing units in India. And now, according to an ET report , Apple announced that it has begun testing iPhone 6s Plus production in Bengaluru. Wistron is Apple’s contract manufacturer in India and the commercial production of the smartphone is speculated to start in a few weeks.

It’s also in conversation with Flex and Foxconn to look into manufacturing components, because as of now, not all the parts that are required for the iPhone 6s Plus are available locally.

Producing the smartphone locally can potentially bring the price of the iPhone 6s Plus down by nearly 5-7%. It may seem like a minute variation, but it will allow Apple to compete at prices which are at par with the OnePlus and Samsung flagship models.

But according to Tarun Pathak, the Associate Director at Counterpoint, “Just assembling will not help Apple to insulate from duty hiks. It has to look into components and SMT manufacturing.”

Counterpoint estimates that the iPhone 6 series contributes towards one-third of total iPhone sales in India.  The iPhone SE, the only variant that’s been locally assembled by Wistron so far, is only responsible for 15 percent of the sales ratio.

Putting sales aside, the local production of the iPhone SE did help keep it insulated from the custom duty hikes last year that increased from 10% to 15% in December and further to 20% in February.

Apple has consistently been increasing its local sourcing initiative. Early last year they only had one plant in India, and now it has five sourcing plants.

Aside from Wistron, Apple’s added Salcomp’s facility located in Tamil Nadu and Shenzhen YUTO Packaging Technology’s plant in Bengaluru to its network for global sourcing. While the former specializes in chargers and adapters for iPhones, the latter manufacturers packaging products.

Lowering of prices will definitely happen, but how much time will pass before it’s actually reflects in the pricing of Apple products is yet to be seen. Economics of scale is how most companies are able to correct prices and Apple is yet to reach that stage in India.