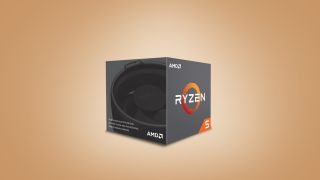 The AMD Ryzen 5 2600 was essentially the mid-range champion of 2018. With 6 cores and 12 threads, it offered excellent CPU performance at an approachable price point. And, while it's since been replaced by the excellent AMD Ryzen 5 3600, last year's model is still worth a look, especially with this amazing early Amazon Black Friday deal.

Right now, you can pick up the Ryzen 5 2600 for just $117 at Amazon, putting it in the same price range as AMD's own budget APU, the Ryzen 3 3200G. At this price, the Ryzen 5 2600 is kind of a no-brainer Black Friday deal, as it almost reaches the same level of performance as its successor, which will set you back $199.

Now, you could spend the extra money and pick up the AMD Ryzen 5 3600, as it is the current generation product. But, the price difference is so great that we honestly wouldn't recommend it. The Ryzen 5 3600 is faster than the 2600, sure, but you're only going to see a 14% increase in performance, with a 40% increase in price. We don't know about you, but the math just doesn't check out there.

Single core performance isn't all that great here, but at the end of the day it's more than good enough to get you through any game on the market today with flying colors. In fact, if you pair it with the right graphics card, it's more than capable of handling 4K PC gaming.