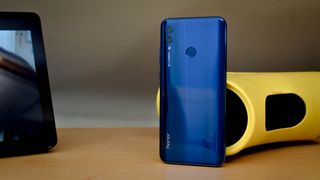 If you've been waiting until Black Friday or Cyber Monday to buy a new affordable phone, you'll want to check out the deals that Honor is offering on some of its most recent handsets.

The Honor 10 Lite, Honor 20 Lite, Honor 20 and Honor 20 Pro have all been discounted early ahead of the Black Friday sales period with deals from a variety of retailers in the UK.

Honor's 10 Lite still sits comfortably at position two in our best cheap phones list, while we gave the Honor 20 Pro a glowing 4.5 star review as well as our recommended award.

Honor 10 Lite: at Amazon | SIM-free | £149
One of our very best cheap phones is now even less thanks to this pre-Black Friday deal that brings it below the £150 mark. In our full review, we praised the phone for its striking design - especially considering other devices at this price - as well as it having lots of storage on board.View Deal

Honor 20: at Laptops Direct| SIM-free | £329
Not quite the most high-tech Honor phone you can buy, but the Honor 20 is an impressive piece of hardware considering the price you can now get it for. If you're looking for something between a flagship and a cheap phone, you'd struggle to go wrong with the Honor 20.View Deal

Honor 20 Pro: at Amazon| SIM-free | £449.99
If you're after a phone with an impressive camera but you don't want to be paying flagship prices, the Honor 20 Pro is designed for you. £100 off over Black Friday is a significant discount as well making it one of the best deals in phones right now.View Deal