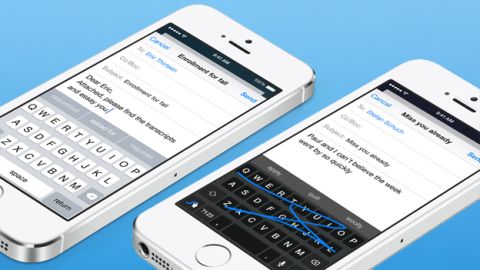 We finally got a chance to test out the pre-loaded Health app in full and there's more coming from third-party developers. They just started getting access to the platform with iOS 8.0.2. Apple's stat-tracking ecosystem currently includes 38 apps dividing into two categories: fitness & wellness and food & nutrition. Names like Withings, Jawbone Up, Runtastic, Strava and MyFitnessPal have joined.

Not on the Apple diet is Fitbit, which has refused to sync its popular data with the iOS 8 app for now. It's sticking to its Fitbit Flex and Fitbit Force provided software. The iPhone 5S, iPhone 6 and iPhone 6 Plus can work without these app extras and their wearables. The M7 co-professor logs steps directly from the phone.

Health apps are just getting into their workout routine. Right now, we really like the Apple's well-thought-out and potentially life-saving Medical ID card. It gives you a chance to list your medical conditions, blood type, allergies and medications among other health stats.

Emergency contacts are just one press away, and this data can - optionally - even be access through the lockscreen. If it catches on and medical workers know where to look, it could become vital a tool if you're ever in an emergency.

The most exciting features for any Mac owner who seldom leaves his or her desk have launched thanks to the release of iOS 8.1 and OS X 10.10 Yosemite. The two fulfill our long-held desire for deeper integration with cross-talk between all of our Apple-owned devices.

Handoff allows you to pick up on a Mac what you've started looking at on an iPhone or iPad, and vice versa. Now that email you started typing out on a Mac can be finished when you're on the run with only your iPhone in hand. Click on some Facebook clickbait through the iOS app that you want to read it in the proper Mac Safari browser? A special Safari app icon is sitting on your much more suitable 13-inch MacBook Air.

There's no need to email or text yourself the link anymore now that Apple-owned apps and programs overlap between devices.

A similar relay-style feature can be found in iMessages when receiving an SMS from anyone - including your green-bubbled Android friends. With an iPhone in Bluetooth shouting distance, all text messages show up within the Mac Messages app as well as iMessages on the iPad. Now you can stop ignoring your friends who are outside of your iPhone-owning circle.

Calls are also ported over to the Mac in case you're stuck working at a computer for hours on end and the last thing you want to do is run over to your charging iPhone to fetch a call (or decline a telemarketer).

Apple rounded out its iOS 8 package with even more tweaks than it cares to highlight on its own pages. Take the new battery usage list as a great example. It's buried in the settings menu and isn't a visual show-stopper, but it's important to nearly every power-hungry iPhone owner out there. Knowing why your battery is draining and shutting down background app refresh on weighty apps you had no idea were still open is a feature Android owners have been reveling in.

I just wish there was a "close all" button on the multitasking window to quickly clear all open apps. It's still not here in iOS 8.

Apple also matches Android's "Okay Google" trigger word with "Hey Siri." Siri asks "How can I help you?" without having to hold down the home button. That's great for the car when you want to initiate hands-free driving directions. Sadly, Siri's always-listening mode only works when you're plugged in. We're still waiting for Apple CarPlay to make it even smoother.

Just as clutch is the Send Last Location buried within iOS 8's Find My iPhone menu of iCloud. Turn it on to automatically beam your device's location to Apple's servers when the battery becomes critical. You won't be frantically searching for your dead iPhone that way, you'll know if a nefarious crook walked off with it or if it's innocently between the couch cushions... again.

We'll update this ongoing iOS 8 review as Apple introduces more updates to its software and features for the iPhone 6 and iPhone 6 Plus like Apple Pay.