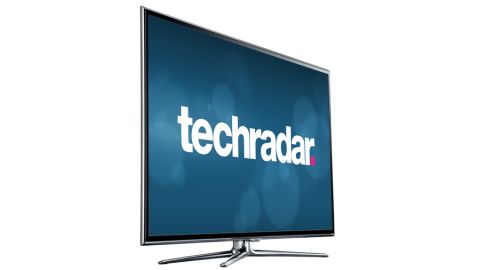 LCD TV sales might have taken a global dip, but that's only served to heighten competition; the arrival of Samsung's mid-range UE46ES6800 comes in the wake of five-star TVs from the likes of Sony, LG and Panasonic.

The stakes are high. Can the UE46ES6800 deliver what we punters are after?

The initial impressions suggest so, with this Edge LED from Samsung's Series 6 offering a good value alternative to its headline-stealing UE46ES800; it somehow manages to retain the majority of its big sister's high-end attributes for less than half the price.

Core features are summed up in the UE46ES6800's rather wordy moniker: 'Smart 3D Full HD Slim LED TV', but deserve some explanation.

The key attraction is undoubtedly the UE46ES6800's Smart Hub. Slightly tweaked and added to for 2012, Samsung's smart TV platform is one of the best around.

And with LG, Sony and Panasonic's recent work, it needs to be.

Fitted with the likes of BBC iPlayer, Lovefilm, Netflix, Twitter and Facebook, Smart Hub also sees the introduction of some mildly diverting – and, dare we say, a tad 'international' in flavour – Fitness, Kids and Family Story apps.

More important by miles should be the UE46ES6800's dual-core processor, which makes it possible to move between apps without shutting them down.

As well as multitasking – i.e. using Twitter and Facebook while you watch TV – there's a web browser, and even some sample 3D content via Samsung's Experience 3D app.

It's barely mentioned in the marketing, but, yes, the UE46ES6800 does have a third dimension.

Additional pairs cost just £15 and can be purchased here.

At that kind of money can we return to comparing the passive and active shutter 3D systems without fixating on price.

Meanwhile, the UE46ES6800's AllShare Play software also means it can stream video, music and photos to and fro between itself, networked PCs and Macs, and other devices (its own phones, naturally), and all via Wi-Fi.

The UE46ES6800 take its place somewhere in the middle of Samsung's vast pantheon of Slim LED TVs with 3D and Smart Hub.

The improvements offered by the ES7000 Series 7 and ES8000 Series 8 products (which are available in exactly the same sizes) are rather more comprehensive.

A further couple of hundred quid gets you the flagship, metallic-clad UE46ES8000 (£1,900), which oddly ups the panel depth – albeit only slightly – to 30.8mm, though does add Micro Dimming Ultimate for more localized dimming of its Edge LED backlight, a, darned attractive 'arch flow' stand and a devilishly slim bezel.

Both the ES7000 Series 7 and ES8000 Series 8 tellies include Smart Evolution, ostensibly a chip slot where an 'Smart Evolution Kit' can be attached each year to update key picture processing technologies as they're improved upon, promising to give you a 'new TV every year'.

We're not sure how extensive these will be – only the arrival of 2013's new crop of TVs and associated new TV tech will tell – and we're also not convinced of Samsung's promises to 'Transform your TV's Dual Core CPU to the faster generation of quad core technology', but the future-proofing idea is one we like.

It's also a signal, perhaps, that Samsung has finally arrived at a TV that's so slim, fast and nice looking that it doesn't feel confident of improving upon it in the next few years.

It may very well be right, though we'd still expect the majority of improvements to all of its smart TVs to come via firmware updates across the Internet.