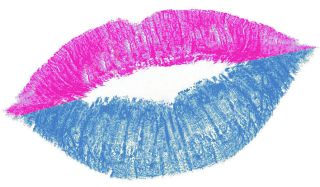 Fricking Laser beams - Although we're disappointed that it wasn't attached to a giant shark, we can't help but be a bit impressed that scientists have fired the world's most powerful laser. The boffins are trying to kick start nuclear fusion but presumably not before they tie it to a table and talk about their evil plans. [Gizmodo UK]

Spit silly - Fortunately while one lot are wasting their time trying to solve the world's energy crisis, another set of researchers have been assiduously dedicating themselves to a study of whether people who use mobile phones slobber more or less than their phone-less counterparts. [Gizmodo]

News Justin - Just before you write off the human race entirely based on the likes of Bieber, Kardashian and Beavis, a study has shown that 65 per cent of the most watched news clips on YouTube don't feature a 'celebrity' individual. [Deadline]

Letters be parted - Microsoft has flogged its stake in MSNBC to NBC for an undisclosed fee which, as those of you with scrabble skills will have guessed, leaves just BC and a disputed N as the news service becomes NBCNews.com. [WSJ]

Piss take - Captive media has launched a 100ML dash in time for the Olympics – allowing (only) men to compete at the urinal in what is being billed as a 'hands-free pee controlled video game'. We're not expecting a super-hi definition stream from the BBC. [PR]

Put this in your phat pipe - Obviously you wouldn't expect your crack cocaine dealer to warn you about how addictive drugs are, so we will certainly not be mentioning this article, penned by an unnamed high-power tech exec, about the dangers of the internet being more addictive than tobacco. [Guardian]

Lego of the ring - We're so excited about Lord of the Rings Lego that we're not even going to mention that those Ringwraiths look suspiciously like Darth Vader from Lego Star Wars or that Bilbo looks a lot like David Essex. [PR]

Level up - Dating websites are ten a penny at the moment, but it would take 1,999 pennies for a monthly subscription to shagagamer.com a way for gamers to meet significant others and, well, shag. This is by the people who started dateagamer - which clearly wasn't providing the necessary gaming action. Perhaps the DLC will be good… [MCV]

Phoning it in - What did parents do before they could use their mobile to avoid interaction with their pesky offspring? [parentsonphones]