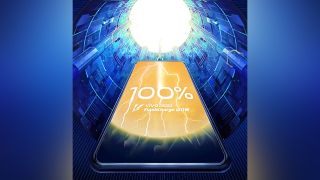 Vivo has announced its new fast-charging solution, 120W Super FlashCharge which is capable of filling up a 4,000mAh battery in mere 13 minutes. The company is expected to showcase its Super FlashCharge tech during Mobile World Congress (MWC) Shanghai 2019, which starts from June 26.

Until Vivo's announcement, we've seen smartphone makers gunning to provide their consumers with a super-fast charging solution. However, these have been limited by up to 50W charging solution. Recently, Xiaomi teased that it's working on a 100W Super Charge Turbocharger, but Vivo seems to have one-upped them.

Vivo has revealed that its 120W Super FlashCharge tech will take 5 minutes to fill 50% of the battery in a 4,000mAh phone, and 13 minutes to fully charge it. While the numbers are impressive, we don't wish it to be the father to the thought. Fast charging a battery generally leads to the generation of more heat, and we still don't know how the company plans to tackle that aspect. Will it be built into the charging adapter? Or will it only support particular phones?

We'll know more next week when the MWC Shanghai kicks off, and Vivo possibly debuts the Super FlashCharge tech.