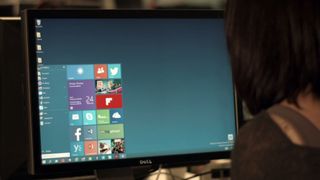 When WZor, the infamous leaker that managed – somehow – to get his mitts on most of Microsoft's software well before they're launched, leaked a few screenshots of the yet-to-be-announced Build 10163 of Windows 10, there were a couple of images that mentioned July 9.

That date could well be when the RTM version of Windows 10 is signed off. That version is usually the one that gets sent to all the PC makers, retailers and developers, hence RTM (release to manufacturing).

A bit of house-keeping

Build 10162 was released on Friday and no new features were included. Microsoft engineers are instead focusing on tidying up the operating system ahead of its big launch with a clear focus on squashing existing bugs.

It is likely that Build 10163 will be the latest one before Windows 10 goes gold on Friday but Microsoft surprised us last week with three builds in four days so there's still plenty of time (assuming WZor's leaks are indeed true) for a bit more action.