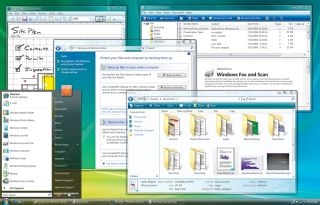 Microsoft has revealed the first real hint about when Windows Vista Service Pack 1 will be released. The American software giant said that it will have a beta version of the major Vista update out by the end of 2007. The final release will presumably follow in early 2008.

The announcement was made in a joint filing with the US Justice Department in reaction to an anti-trust battle with US software regulators.

The feeling of the court was that the new 'Instant Search' option in Windows Vista was putting rival programs like Google Desktop at a disadvantage. It basically removed the need for Vista users to install any other desktop search tool. And apparently that is a violation of the anti-trust accord that Microsoft signed in 2002.

So Microsoft has pledged to give Windows Vista users a choice of which desktop search program they use, and will ship the update inside Service Pack 1.

As part of the deal, Microsoft said it would add links in Internet Explorer and the Start menu to the user's chosen desktop search tool.