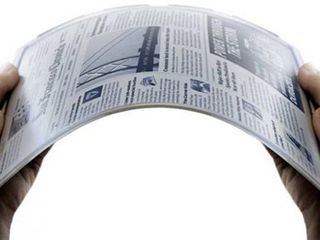 Somewhat unsurprisingly, electronic books are going to be quite a big deal at CES 2010, with a slew of new eBook announcements expected.

Perhaps the most interesting is going to be the 11.5-inch flexible Skiff from major US publisher Hearst Media

The flexible display is made of a thin sheet of stainless steel foil, designed by the boffins in LG's labs.

Hearst's flexi-reader is the thinnest eReader on the market yet and is being launched in partnership with Sprint in the US.

Hearst plans to control its own distribution chain with its new dedicated device.

No pricing or release date details as yet, but we are sure to find out more at CES later this very week.