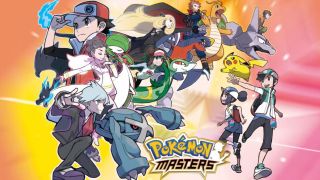 It truly is the year of Pokémon. Hot on the trail of Pokémon Sleep and Pokémon Sword and Shield, the Pokémon Company has revealed further details on its upcoming mobile title: Pokémon Masters.

Pokémon Masters will release "this summer" (between July and September) for Android and iOS devices, and sees players teaming up with iconic Pokémon trainers from the series to partake in real-time battles on mobile.

That's right, you won't actually be catching any Pokémon in Pokémon Masters, instead you'll be assigned your chosen master's particular Pokémon. So, when it comes to battle, you team up in squads of up to three players to take on rival squads.

Check out the animated trailer below:

This is a pretty big departure from what we've seen from the Pokémon Company previously, with the focus being primarily on the trainers rather than the Pokémon themselves.

Pokémon Masters will see us venturing to a new region called Pasio (an "artificial island") in an attempt to become the champion of the Pokémon Masters League.

We're expecting to see iconic Pokémon Masters from across the whole series, so expect the likes of Misty, Brock and Red to make an appearance.

The Pokémon Company hasn't revealed an exact date the game will launch or pricing. That also means we don't know if microtransactions will be implemented, though Nintendo has shown more restraint in this area than some.