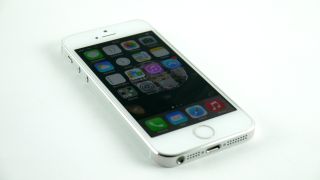 Is the Android horde about follow Apple down the 64-bit rabbit hole?

One brand has done it already. The rest of the smartphone and tablet industry is busy playing catch up. There's no stopping it.

What are we talking about? 64-bit processors for phones and tablets of course! It's the future for all your favourite gadgets.

But some have questioned the value of 64-bit computing for phones and tablets. Will it really bring a big boost in performance? Or is it just a futile, marketing-led specification race in a world where there's very little space left to innovate?

One of the industry's behemoths, Apple, has already made the jump to 64-bit with the mighty A7, its latest chip for iPhones and iPads. Does it know something the rest of the industry has missed? And when can you expect the Android horde and the more mobile Windows-based devices to go 64-bit?

What is 64-bit computing?

To get to the bottom of all this, we need to start with a quick look at what 64-bit computing is all about. What does 64-bit actually mean?

In simple terms, it's about how much memory a processor can actually access. In computing parlance, this is known as the amount of memory a CPU can address.

With a 32-bit chip, you're limited to a maximum of 4 gigabytes. The step up to 64-bit is, in theory, epic. You can access 16 exabytes. If that doesn't mean much to you, try this. It's 16 billion gigabytes. Yeah, really.

At this point it's critical to note we're talking about system memory or random access memory (RAM), the stuff the CPU uses to store and retrieve data to process everyday tasks such as opening apps or just flicking around your phone speedily. Not, in other words, mass storage for files and programmes. Think sticks of RAM versus a hard drive in a PC.

But potential is one thing – the likelihood of this new 64-bit revolution making a difference in our iPhone 5S (or Galaxy S5 if the rumours are to be believed) is what matters to today's consumer.

This question is easy to answer: It's a no. Apple's iPhone 5S and its newest tablets, including the iPad Air, are the only 64-bit phones and tablets running ultramobile operating systems. But they only have 1GB of RAM.

However, if you plot the trajectory of Apple's products, the expectation is that 4GB handsets and tablets will pop up either in 2015 or 2016. Strategically for both Apple and the industry at large, that's just around the corner.

Give it a year or so, and Android devices will be bumping up against the 4GB barrier.

But hang on. Isn't the real question not how much memory you can have, but how much you need? Isn't 4GB of RAM enough in a smartphone or tablet for the foreseeable? The most compelling answer to the contrary involves multitasking or running lots of apps at the same time.

There are two things you need to run lots of apps in parallel. CPU power and memory. Depending on your handset and its operating system, different levels of multitasking are available.

But if you've ever pulled up an app you haven't been using for a while but has been supposedly running in the background, only to find it takes an aeon to respond, there's a reason.

It's typically because the app's state has been pushed quietly away from what you;re currently doing, and needs a technological heave to bring it back in front of your eyes – creating the delay. Given sufficient memory, you'd never have to swap an app into mass storage. And that would make your handset more responsive.