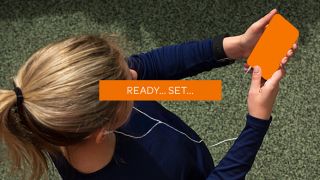 What's behind this orange rectangle?

Only a few days ago, Samsung leaked pretty much everything we wanted to know about the Galaxy S6 Active, so all we're waiting to hear now is when we can actually get our hands on it.

Thanks to a teaser tweet from AT&T, the US carrier expected to sell the new handset, it looks like that day is now very close. "Only one thing is missing from your workout," reads the tweet. "It's almost time to activate your full power."

That's right: if teaser trailers for Hollywood blockbusters weren't enough, we now have teaser tweets for smartphone launches. Get used to it.

If you've somehow managed to avoid all the Samsung Galaxy S6 Active leaks up to this point, we're expecting a rugged take on the original Galaxy S6 with improved water, dust and shock resistance.

For those of you who love the great outdoors, the S6 Active is set to come with an Activity Zone app that incorporates weather data, a compass and barometric pressure readings. When the phone finally does break cover we'll be sure to let you know.