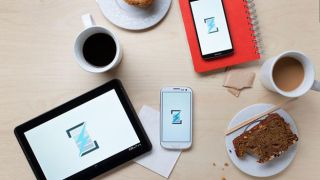 Qualcomm's Rezence, the wireless charging competitor to Qi, has now got a significant upgrade that will allow its charging pads to wirelessly top up smartphones with metal cases - a first for the fledgling tech.

Although Qi wireless charging appears to be winning hearts and minds, with big name flagships such as the Nexus 6 supporting it, Rezence's ability to charge phones without them having to compromise on style could see a change of fortunes.

The higher frequency used by Rezence to charge smartphones means that it can pass through metal a lot easier than Qi, so we could see devices with full metal bodies coming with wireless charging features in the future.

A game of two halves

While this new feature is certainly welcome, and should mean that smartphone manufactuerers don't have to choose between premium metal unibodies or wireless charging, we've long argued that having two competing standards fighting it out is hampering wireless charging adoption.

Some manufactuers, like Samsung, have got around this by adding support for both standards in their smartphones such as the Galaxy S6 Edge, but not all manufacturers have the money, time or desire to do this.

Could this new feature give Rezence the boost it needs and get us to ditch our Qi charging mats? Qualcomm seems to hope so, and if we start seeing a spate of stylish metal handsets with wireless charging built in, the scales could finally tip in Rezence's favour.