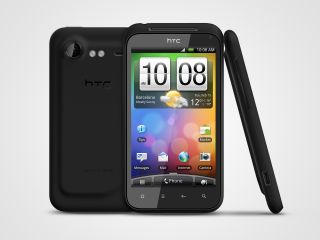 Qualcomm has been showing off its latest dual-core mobile phone processing tech at Computex in Taipei this week.

Qualcomm's Snapdragon processors are already in many of the smartphones already on the market, including the Google Nexus One and the HTC Incredible.

Next up from Qualcomm are new dual-CPU chipsets that boost the mobile processor speed to 1.2 GHz and 1.5 GHz.

Qualcomm's snappily-titled MSM826,MSM8660 and QSD8672s should appear in a smartphone near you later this year, with a number of handset manufacturers already designing phones based around the processors.

In terms of what this means for the end user, the two cores and faster processing clout will generally mean better gaming and multimedia output on your smartphone.

So better, faster, smoother games and video on our mobile phones, you say? It's hard to really argue with that logic…

"Qualcomm and Adobe have developed a lasting relationship driven by both sides' desire to bring an exceptional Web experience throughout all tiers of smart mobile devices," adds Rob Chandhok, president of Qualcomm Internet Services.

"Bringing Flash Player to the mass market segment of smartphones and HD video to higher end smartphones with Qualcomm's processors will expand the scope of possibilities on a mobile device."

Finally, Kouji Kodera, chief product officer at HTC, chips in with: "Software continues to be critical to the mobile user experience, and HTC is committed to bringing Flash content from the Internet to all types of devices, including smartphones and tablets."