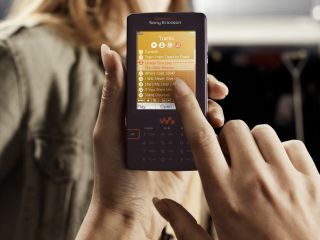 Mobile phone users will continue to spend money on music, despite competition from digital music players, a Gartner report shows.

Mobile music - including ring tones, full track downloads and streaming - is the second most popular mobile service after SMS messaging in terms of use and revenue. By 2010, the value of music received on mobile handsets will be $32.2 billion (£16.2 billion), an increase from $13.7 billion (£6.9 billion) this year, Gartner predicts.

According to the analyst company, two factors are driving the use of mobile music: personalisation and entertainment. Downloading and using ring tones is part of a trend to personalise mobile phones as a form of self-expression.

Stephanie Pittet, principal research analyst at Gartner, said that while mobile music was growing from a small base, it represented a good revenue opportunity for providers that get it right.

"Mobile carriers have a strategic advantage when it comes to delivering ring tones, as they already know the end-user's network settings, handset and personal preferences," Pittet said.

She added that new offerings such as the Apple iPhone and Microsoft Zune (with WLAN access to its music shop) will compete directly with traditional mobile carriers, but that mobile handsets have one huge advantage over standalone digital music players.

"The mobile phone has become the device that people carry everywhere, in all circumstances."

"Over-the-air downloads mean that people no longer have to be at a desk to plug in the device. Billing via a mobile phone is secure and easy, and for operators it is very easy to target customers with personalised content because one mobile phone SIM card is used by one person most of the time," Pittet said.