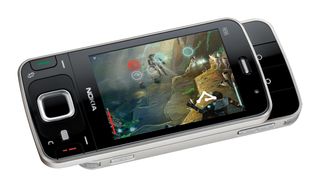 Bad Japan - no Nokia for you

Just a week after plans leaked about Nokia's imminent move into mobile network operations, comes word that it is to stop selling handsets to other carriers.

Fortunately for worldwide fans of the Finns, the move applies only to Japan, where Nokia has long been an insignificant supplier of handsets.

Nokia vice president Timo Ihamuotila explained, "In the current global economic climate, we have concluded that the continuation of our investment in Japan-specific localised products is no longer sustainable."

Hard as it may be to believe for the world's leading phone manufacturer (38 per cent of global sales), Nokia accounts for just 0.3 per cent of mobiles sold in Japan.

That's essentially because it doesn't customise models with hardware, such as RFID chips for e-cash applications, seen as necessary in that market. Instead, it merely customises the software to facilitate the Japanese language and some local online services.

Nokia says it will no longer supply phones to NTT DoCoMo and Softbank Mobile, but it seems likely that it will go ahead with its Vertu virtual carrier as planned early next year.