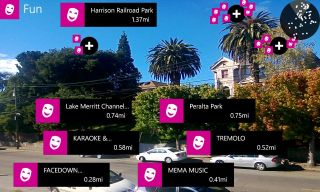 It's Here, but it isn't Android

A Nokia exec has taken to Twitter to dismiss the possibility it could be about to make an Android phone.

The ever-reliable internet rumour mill was veritably smoking with news that Nokia could be joining the Android brigade thanks to a job posting that was then made private.

The listing asked for a "Principal Software Engineer, Embedded Linux Middleware" which many questioned was the Finnish firm lining up a smartphone using the world's most popular smartphone OS.

Doug Dawson, head of Nokia's media relations, posted on Twitter to confirm this was nothing more than an extension of the company's efforts with its new Here location platform:

'Hi. Our recently posted job is linked to our HERE Maps support for other platforms, including iOS and Android. Nothing more.'

The fact that many sites – TechRadar included – took such an angle should have seemed a bit suspect, given Microsoft is giving Nokia a hefty whack of revenue to run its Windows Phone platform on its handsets.

So it's good news all round: Nokia won't be jumping ship from Windows Phone, the Here platform is getting some welcome attention and everything else is as it was. That's settled, then.