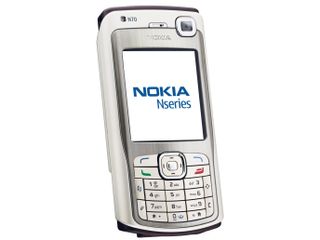 Nokia has extended its lead at the top of the handset market by selling more handsets in 2006 than its two closest competitors combined. Samsung and Motorola were left reeling as the Finnish company continues its worldwide domination.

Figures from iSuppli also show that Sony Ericsson posted the largest quarter-over-quarter growth of all phone manufacturers. Its shipments rose 62 per cent to 26 million units, up from 16 million units in 2005.

The joint venture between the Scandinavian and Japanese companies enjoyed a 15 per cent growth in the second, third and fourth quarters of last year.

"This has contributed to the company's accelerated growth in 2006. Plus, Sony Ericsson's products appeal to every regional market globally, because its camera- and music-enabled phones hit the sweet spot in terms of desirable handset features."

Nokia is still the number one handset manufacturer by a long way, with unit shipments of 348 million in 2006 compared to the combined 335.3 million units for Motorola and Samsung.

Nokia's highest volume of growth is coming from Europe, which accounted for nearly 32 per cent of its shipments in the fourth quarter.