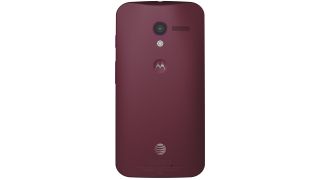 That's one customization you can't have

Have dreams of inscribing a special message on your Moto X?

You'll have to put those on hold, at least if you were planning on ordering the new handset at launch. According to Computerworld and PCWorld's JR Raphael, custom engravings won't be available for the spanking new device when it starts rolling out in the U.S. later this week.

Raphael posted the news on his Google+ profile, explaining that printing quality during beta testing wasn't up to par, causing Motorola to hold off until it could work out the kinks. A spokesperson said the option would be available soon, he wrote, and the company has confirmed the engraving halt to several publications.

We've asked Motorola for more on the situation, and we'll update with more info as it becomes available.