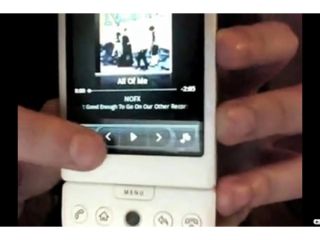 After the world has recently gone gaga over the latest Cupcake upgrade to the Android operating system, the next iteration of the software, Donut, has been demoed already.

Shown off by hacker Haykuro, a member of the XDA Developers Forum, the latest upgrade comes from the HTC Hero handset, the (very likely) next phone in the Android line up from the Taiwanese firm.

It shows a vastly revamped music interface, which was something of a bugbear in the recent HTC Magic, and an easier way to navigate around multiple internet windows in an Apple-a-like Cover Flow line-up.

It also places a much larger onus on social networking right out of the box, at least according to the version shown on the G1 handset Haykuro has used to port the new OS, as there's an option to have auto-login to Twitter, MySpace and Facebook in the menu system.

It also comes with more customisable options, such as setting lock-screen wallpaper and different 'lifestyles' to presumably re-arrange your widgets to suit different moods.

It all seems a lot more slick than Cupcake, as well as some nice graphical upgrades that can only entice more shiny-loving gadget fiends.

Check out the YouTube video of Haykuro running through the new OS, and if you're wondering what the song he uses to demo the software, it's Múm - 'Green Grass of Tunnel' (thank you, Shazam).