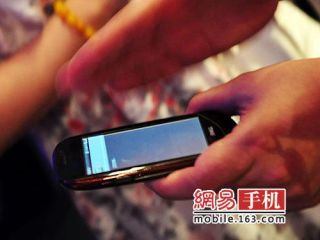 Dell's Android Smartphone has been surfacing in the headlines for months, but it seems that the computer giant's foray into mobile handsets is finally set to make the leap from the Chinese market to the west.

According to the Wall Street Journal, a source has told them that a US version of Dell's oPhone, or Mini i3 to give it its full name, will make an appearance on the AT&T network, which could be a precursor to an eventual move into the UK market.

The phone runs on the Android OS – the open source operating system that has been championed by Google and is becoming an increasingly powerful player in the mobile phone market.

Apparently, the oPhone has been ratified by AT&T for its US network, and could be ready to launch in 2010 across the pond.

Although there's no guarantee that this means a move to the UK market is close, it certainly makes a strong hint that Dell is prepared to give its handset a global launch at some point next year.

The phone was developed by Marvell and uses its technology, with the company offering a lower price entry into the mobiles market without the associated research and development costs.

But, the phone has already been criticised for not offering some of the cutting edge technology that mobile lovers plump for; the Mini i3 has no 3G, no WiFi and only a 3MP camera.