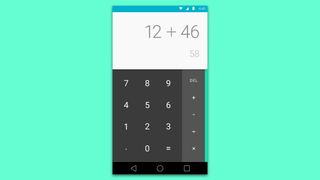 What a week. Google IO has gifted us with a glimpse of the next Android version; Amazon's Fire Phone is turning heads with its 3D wizardry, and Hugh Langley's gone up a mountain, presumed scared. It doesn't get much better than this.

We'll start with the biggest talking point of the week: Android L. Although we were given no hint as to what L-themed sweet the new software is named after, there was otherwise no shortage of info on the next mobile update from Google.

Phones and Tablets Writer John McCann tried to stay aloof about the whole thing, brushing it off as no big deal. But with a brand new design, overhauled transitions and 64-bit compatibility under the hood, we're putting his comments down to too much sun and a serious Key Lime Pie deficiency.

We've also been wrapping our heads around the Amazon Fire Phone and pondering whether Amazon's heavy investment in 3D will pay off. But why are you still here reading this? Click the play button below to watch us discuss all in this week's Phone Show.