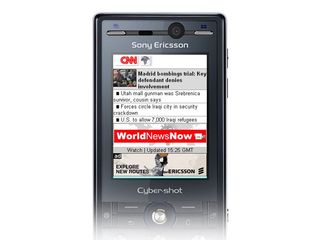 The cost of advertising: would you accept ads on your phone if you were offered free minutes?

Americans don't mind adverts being sent to their mobiles, according to new research released this week.

In fact, most would welcome adverts if the incentives for receiving them were to their liking. The US study, carried out by Harris Interactive , found that 35 per cent of the 903 adults interviewed were willing to accept incentive-based advertisements.

Surprisingly, the report also claims 70 per cent would happily supply personal information to their phone provider in return for the ability to customise the ad service to their needs.

The study revealed how people prefered to receive their adverts as well. Over half said it should be by text, 40 per cent said picture messages, under a quarter said video messages and only 22 per cent said voice mail.

"To make their mobile campaigns more effective, advertisers should take note of how cell phone users are most interested in being contacted," said Judith Ricker, president of the marketing communications research practice at Harris Interactive.

"Advertisements need to have a clear value proposition, be relevant and allow recipients to control how they are profiled."

Of course, 65 per cent wouldn't like adverts on their mobiles at all - in any form or for any incentive. Whether or not this survey will have any relevance in the UK remains to be seen. Next time you get an advert on your phone, you may want to ask 'what's in it for me?'