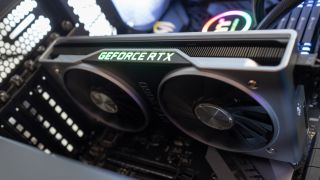 The latest Steam hardware survey is out, and it looks like Nvidia Turing graphics cards are ever so slowly gaining market share.

Nvidia Pascal graphics cards are still the most popular, and while they didn't see any growth, the ever-popular GTX 1060 remained flat at its 15.69% market share. Nvidia has claimed that its Turing graphics cards are making more revenue than Pascal did, but that's likely due to the inflated prices.

In April, we reported on a Steam hardware survey that saw much more significant gains for Nvidia's graphics cards, wherein the RTX 2060 saw a 0.27% boost. Are less people buying graphics cards?

It could be that people are waiting for AMD Navi, which not only promises similar performance to something like the RTX 2070, but should be able to be more power efficient, thanks to its 7nm architecture. Team Red's new GPUs launch next month, so maybe we'll see a shift in the graphics card market.

Nvidia Turing graphics cards may just be too expensive for most users, too: the entire lineup is infamous at this point for its inflated prices. That might help explain why the Nvidia GeForce GTX 1660 Ti is already at 0.28% of the market just a couple months after its release.

Either way, things are about to heat up in the graphics card space when AMD shows Navi off at E3 2019. Who knows? Future Steam hardware surveys might see a more even spread – AMD only has 14.87% of the Steam user base overall right now.