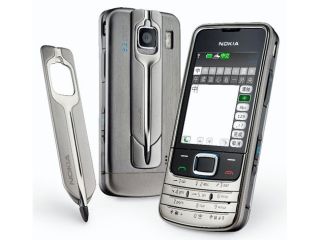 Nokia's previous stance of 'No touchscreens for us, thank you sir' has now been well and truly blown away after the announcement of another touchscreen device, the 6208c, which follows the 5800 XpressMusic and the N97 from the Finns.

The 6208c has a stylus that is "inspired by bamboo slips and works perfectly with the large colour display which is reminiscent of an ink stone", according to Nokia.

The screen is optimised for Chinese character recognition, allowing the user to construct messages in the 'most natural way'.

However, you may have noticed a fairly Oriental theme running through here, and that's because that c after the 6208 refers to the handset being designed specifically for those in China.

However, all is not lost. The 3.2MP-toting, 8GB memory card-supporting, dual LED flash-wielding handset will be coming to select markets in 2009, so if this just happens to be anywhere in Europe we'll let you know.