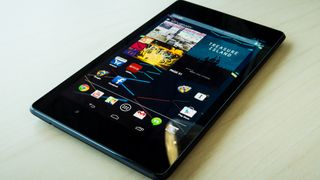 A pre-order listing for the new Nexus 7 on a Western Australia-based store indicates that Aussies may be able to get their hands on the new Google/Asus slate by the end of August.

The listing on PLE Computer's online store shows that you can pre-order 2013 Nexus 7 tablets, which are: "Due to arrive late August."

The US Google Play store lists the new Nexus 7 tablets for US$229, US$269 and US$349, respectively, meaning we'll still be paying more than our US-counterparts, even when factoring in currency rates.

Of course, this may not actually be Google's RRP for the devices in Australia, as currently, the Australian Google Play store doesn't even list the new device.

While PLE Computer gives us indicative prices and dates for an Australian Nexus 7 2 launch, there has been no official word from Google about pricing or availability for the region.

We recently got some hands-on time with the New Nexus 7 - check it out below: