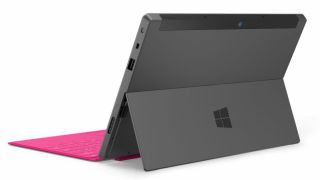 Qualcomm and 4G - can this boost the Surface's fortunes?

Talk of the Microsoft Surface 2 gathering pace as reports come in claiming the next iteration of the software giant's tablet will feature speedy 4G connectivity.

The original Microsoft Surface was greeted with a slightly muted response from consumers and sales have been far from stellar, so Microsoft will be hoping the second generation tablet can tempt people to part with their money.

According to a Bloomberg report, people "with knowledge of the plans" have spilled the beans on the Surface 2, and apparently Microsoft is looking to Qualcomm for a little help.

Microsoft plumped for Nvidia's Tegra chipset in its Surface RT model - which runs a cut down version of Windows 8, known as Windows RT, specifically designed for ARM based chips.

Apparently Nvidia is set to lose its exclusivity on the Surface RT though, as Microsoft is claimed to be putting Qualcomm's Snapdragon processor in some, but not all, models - which could be due to its dominance in LTE-enabled chips.

The sources didn't reveal any more information on the upcoming tablets and we've currently not heard anything from Microsoft itself on the Surface 2, so we're not getting particularly carried away with these reports just yet.