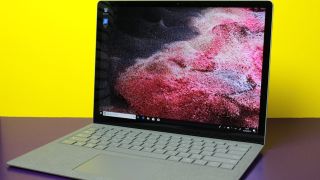 It appears that the Surface Laptop 2 and Surface Pro 4 are encountering serious battery life problems after recent Windows or firmware updates.

Owners of these devices have taken to the internet to complain about rapidly depleting batteries, with users of the new Surface Laptop 2 and the older Surface Pro 4 complaining that batteries now only last a couple of hours.

This news follows reports that Microsoft Surface Pro 5 and Surface Pro 6 devices are also suffering serious battery problems, and has left many owners of Microsoft’s devices worried that their gadgets could be impacted as well.

In one case, a user claims their Surface Laptop 2’s battery dropped by 20% to 30% after just a few minutes.

In another tweet (embedded below), an owner of a Surface Laptop 2 saw it lose 28% of its battery overnight while the device was completely shut down, and in just 19 minutes, it lost 20%.

@MicrosoftHelps Very odd behaviour from my Surface Laptop 2 lately. As much as 28% battery loss overnight while completely shutdown. Over 20% decline while shutdown for 19 minutes?! What's going on?? pic.twitter.com/WdqsjUIgOlAugust 18, 2019

So, what’s going on? Microsoft Support replied to the tweet asking if this happened after an update was installed, adding weight to rumors that a dodgy Windows or firmware update is to blame for these battery issues.

If that is the case, while it’s embarrassing for Microsoft, the fact that it could be a software problem – not a hardware one – should mean it’s hopefully pretty easy to fix.

Microsoft’s Support account has confirmed that the company is investigating the problem, and suggests that any Surface owner who has experienced the issue should continue to check for new Surface firmware and Windows Updates.