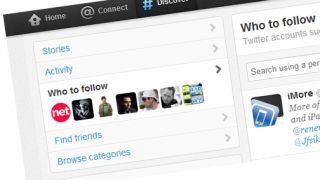 Twitter UK's general manager Tony Wang is stepping down from the role, just weeks after issuing an apology to woman who'd suffered threats and abuse from trolls on the social network.

Wang, who promised Twitter would do more to protect those who have endured vile taunts, will hand over to ex-Google employee Bruce Daisley who has been working as Twitter's UK sales director.

There is no indication the recent trolling controversy, which led groups to arrange a 24-hour Twitter boycott last month, was responsible for the management shift at the social networks UK office.

Announcing the move, Wang tweeted on Friday: "2+ years, 15MM users in UK, teams in 6 EU countries, excited to return to HQ and home. Proud to hand off to incredible European leadership!"

Wang's tenure at Twitter UK had been relatively quiet until the trolling scandal reared its head this summer, prompted by a rape threat to Caroline Criado-Perez, who'd campaigned to put Jane Austen on the £10 note.

"There is more we can and will be doing to protect our users against abuse. That is our commitment."

He will now return to the US to work on new projects with the company.