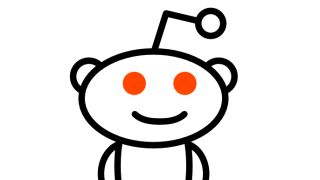 Social networking site Reddit is facing a revolt from its moderators, following the departure of a significant staff member.

Moderators are setting subreddits (bulletin boards based on specific topics) to private in response to Reddit's director of talent, Victoria Taylor, being let go from the company. The exact reasons for her departure are mysterious - neither Reddit nor Taylor are commenting on the matter - but moderators have blocked access to a number of subreddits including /r/Books, /r/Science, /r/Music and /r/Tech.

Taylor coordinated Reddit's popular AMAs (Ask Me Anything) where many celebrities and interesting figures - even Barack Obama - have hosted Q&A sessions.

A post on the Science subreddit reads "We have not gone private because our team has chosen to keep the subreddit open for our readers, but instead stating our disapproval of how events have been handled currently as well as the past."

A Reddit user broke the new of Taylor's departure in a post on the site, saying "We all had the rug ripped out from under us and feel betrayed."

"Before doing that, the admins really should have at least talked to us (and all the other subs that host AMAs, like /r/Books, /r/Science, /r/Music, etc.) (Edit: not to suggest that we expect to know about Reddit's inner workings. Just that there should have been a transition in place or something worked out to ensure that Victoria's duties would be adequately handled, which they are not).

"We had a number of AMAs scheduled for today that Victoria was supposed to help with, and they are all left absolutely high and dry (hence taking IAMA private to figure out the situation) She was still willing to help them today (before the sub was shut down, of course) even without being paid or required to do so. Just a sign of how much she is committed to what she does."

Ask me anything - just not that

Reddit co-founder and executive chairman Alexis Ohanian told Reddit that he would be dealing with AMA requests for now, and that the AMA subreddit would continue to "thrive" after the departure of Taylor.

"We get that losing Victoria has a significant impact on the way you manage your community. I'd really like to understand how we can help solve these problems, because I know r/IAMA thrived before her and will thrive after.

"We're prepared to help coordinate and schedule AMAs. I've got the inbound coming through my inbox right now and many of the people who come on to do AMAs are excited to do them without assistance (most recently, the noteworthy Channing Tatum AMA)."