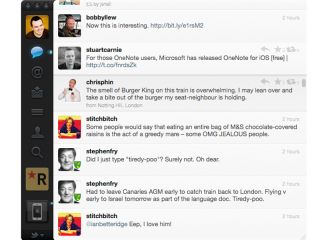 Ads coming to your timelines within a month

Twitter will add Promoted Tweets adverts into your timeline within the next month.

The addition, which has been planned for over a year, will see adverts and messages from companies and brands you already follow appear at the top of your timeline.

The "Promoted Tweets to Followers" initiative will ensure that ads are the first things users see when they log-in to Twitter.

So, for instance, if you follow Coca-Cola, communications from that company will feature at the top of your feed.

Until now, Twitter users have have not been forced to put up with too much commercial interruption from the social networking site.

The current ad strategy only features the occasional promoted user/account and promoted topic on the right hand side of the page.

The Promoted Tweets to Followers ads will be much more of an intrusion, but at least the ads will be from companies and brands you already care about.