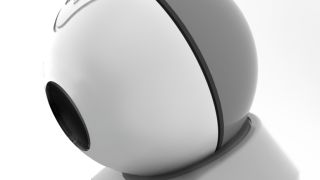 If we want a smarter home, there need to be rules

This is Archos' terrifying vision of the connected home, as envisioned by CEO Loic Poirier.

"Many supermarkets at the moment are thinking of how to have a screen in the home where you have behavioural, interactive and contextual analysis," he says. "Not that someone wants to see you - they don't care about you - but the algorithm is analysing a series of people. I think it is intrusive."

Funny that a company so concerned with privacy should see the connected home as its next mission. But Archos has different plans for its home invasion. It doesn't see the Internet of Things as being about smart devices, but rather, smart accessories that can make your appliances intelligent.

Archos announced the start of its connected home offensive at CES 2014 with a Smart Home Android tablet and a bunch of Bluetooth Low Energy (BLE) accessories to go alongside. This is just the start, Poirier tells us. Archos has plans for plenty more to come.

So how will these accessories actually help make our homes smarter? By packing out our homes with different sensors and cameras controlled via a central hub, our day-to-day lives will be transformed by data.

An example Archos gives is a sensor that can detect that the temperature has dropped overnight, so sends a signal to wake you up earlier so you have time to de-ice the car.

But Poirier admits that the connected home is a young game right now, and one that desperately needs rules before it's too late.

The Internet of Things is coming - that much we know - but how long will it be before our homes are truly smarter? "I think it's like the tablet," says Poirier. "It took three years for the tablet. If you take smartphones, it took two years… You are going to see incredible volume in two to three years."

Smart fridges, smart toasters, smart washing machines. Archos doesn't see much life in these as autonomous products. "I see accessories," says Poirier. "The fridge - first of all, it's not the price, it's that it's boring to buy a fridge and put it somewhere.

"The technology goes quick. BLE is already evolving. So any fridge that you will have bought will be end of life one year after, two years after. Whereas [you can make] smart accessories that can be in front of the fridge, that you just stick as a screen around the fridge or the dustbin. This will be the next five years."

So what's the biggest obstacle for the Internet of Things right now? "Number one is software, by far" says Poirier, referring to the work done to bring Archos' connected home objects to market. "We worked 60 engineers over 18 months."

Another potential sticking point is security, but Poirier says the use of BLE will make it harder for hackers to be a significant danger to the connected home. "It will be more BLE than Wi-Fi," Poirier tells us. The more pressing danger, in his eyes, is how our data is handled at the other end.