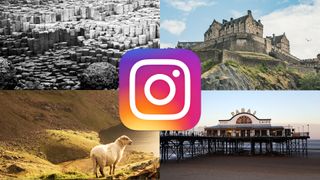 Instagram has announced two new features focused on accessibility for people with visual impairments, meaning that more people than ever can enjoy the popular photo sharing app.

Both features are designed to enable 'screen readers' (a kind of assistive technology that can convert text to speech) to describe the content of images to users with visual impairments.

The first feature requires users of the app to add detailed descriptions of their photos in a new 'Alt Text' field when they are uploading them, which can then be read out loud to anyone using a screen reader.

In a tweet, Instagram demonstrated how you can enable this feature when you come to uploading your photos:

We’re proud to improve Instagram for people with visual impairments. Starting today, we are automatically adding alternative text to photos on Feed, Explore and Profile so people who use screen readers can hear what’s in the photo. pic.twitter.com/IRsiw8F23VNovember 28, 2018

The second way that Instagram is enabling screen readers to vocalize the content of photos is through object recognition technology, which allows the app to identify different aspects of a photograph.

This is then conveyed to the user's screen reader, which can then describe the image out loud.

Instagram's support for screen reader technology could be a make the app far more accessible to people with visual impairments, but it's not the first time that social media platforms have used object recognition to enable screen readers to describe photos.

In 2016, Facebook announced a similar feature, which dictates "a list of items a photo may contain" as users swipe from picture to picture within the app.

In a blog post Facebook said: "While this technology is still nascent, tapping its current capabilities to describe photos is an important step toward providing out visually impaired community the same benefits and enjoyment that everyone else gets from photos."

Although the success of the new Instagram feature is yet to be determined at this early stage, it does signify an increased awareness of the needs of differently-abled users, as well as a wider effort to make technology accessible to all.