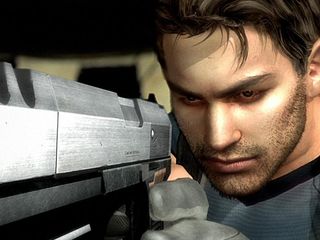 Max Payne developer Remedy Entertainment claims to have made a major breakthrough in facial animation technology in videogames.

One issue with creating realistic and believable human-like characters in games has always been that 'uncanny valley' problem, where slightly glitchy facial animation ruins the suspension of disbelief.

Remedy now claims to have raised the bar for in-game facial animation, recently demonstrating an "LA Noire beating" animation tool which the dev says can render every human expression in real time.

Lead animator John Root created the facial modelling tool, which is capable of generating scans of actors accurate to 0.5mm.

They are also able to display 64 facial poses, which the games creator claims is capable of displaying every possible human expression.

If it works as well as Root claims, then it is surely going to be a major breakthrough in the way in which games are created, offering more realistic animations that ever before.

Root also plans to work in facial colour mapping to his human modelling tech, which means that you will even see the changes in the colour on a character's face as their moods and emotions change.

Remedy has been showing off the new tech with a demo of an Alan Wake character model, but the dev is remaining tight-lipped about its plans to use it for future titles.

"LA Noire has set a bar for facial animation," CEO Matthias Myllyrinne told Edge, adding that Remedy hopes to soon top what Rockstar has achieved in one of this year's most anticipated videogames.