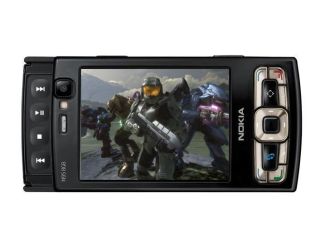 Is this the future of mobile gaming?

Software-maker ARM today updated its graphics acceleration software for mobile devices, announcing the ARM Mali-JSR297 for 3D graphics at the Game Developers Conference in Francisco. The firm said the software is the "first product to enable developers of Java applications to take advantage of the latest hardware graphics features found in recent GPUs".

It works on most next-generation mobile devices, and gives game developers better control over how their games appear on screen. This means that your mobile games will start to resemble those you’re used to on gaming consoles and PCs.

“The expectations of the gaming community continue to increase, which is driving demand for device manufacturers to deliver the next wave of user experience in mobile gaming. The ARM Mali-JSR297 software will provide game developers with the resources they need to bridge the graphics divide among various gaming platforms,” said Dr. Jon Peddie, president of multimedia and graphics market research firm Jon Peddie Research.

“Historically, graphics quality on mobile phones has lagged in comparison to those displayed on a gaming console or computer screens. The software and hardware products that ARM is now offering mean that mobile graphics will now quickly approach the quality of a dedicated games device,” Peddie said.

The new software also minimises the risk of problems when integrating gaming platforms onto mobile devices, so presumably that means less downtime for you due to compatibility problems. It also "opens up the full power" of any gaming application you download to your phone, creating games with more personality despite the relatively small screen size.

“The majority of today’s mobile phones are using Java technology to enable additional applications and games to be downloaded to the phone after it is sold. ARM is committed to providing solutions for the gaming community that deliver dramatic improvements in the quality of graphics displayed on these applications,” said Gareth Vaughan, ARM’s graphics product manager.

“ARM’s support for the Java community and graphics ecosystem with products such as the Mali-JSR297 software enables game developers to harness new hardware capabilities, producing 3D graphics that are markedly superior in quality and performance.”

The ARM Mali-JSR297 software will be available as soon as the JSR297 mobile 3D graphics standard is ratified, ARM said. Pre-release versions will be available in Q3 2008 so hopefully we can start looking forward to richer games with more features sometime next year.