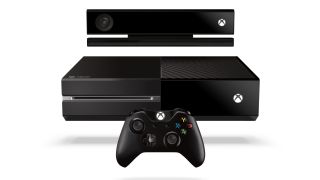 In a pre-E3 note to investors, Pachter said that the two upcoming consoles will launch with significantly cheaper prices than their predecessors. He puts the low cost down to cheaper build materials, which he estimates at around US$275 (about AU$285, £180) and US$325 (about AU$335, £210) for the PS4 and Xbox One respectively.

Pachter is confident that alternative pricing models and extra services could also bring down the upfront costs. Speaking to investors, he said: "We believe the ability to watch live TV from a cable, telco, or satellite set-top box through Xbox One could entice an MSO [multiple system operator, or cable company] to drive subscriptions through a subsidised box in exchange for a multi-year contract."

Internet providers could have an incentive to pitch in too, according to Pachter: "The 'always connected' requirement for the Xbox One likely means that a broadband connection will be required, suggesting to us that ISPs may have an incentive to offer a subsidy as well."

Pachter's comments contradict the estimate put forward by Amazon.co.uk, which put a pre-order price tag of £599 (about AU$940, US$920) on both consoles.