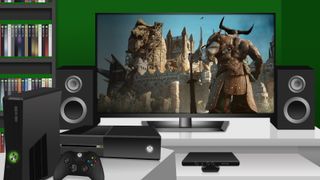 There'll be fighting and questing in Dragon Age: Inquisition, but the romance is the real draw

Lock up your sons and daughters - Bioware is adding more dynamic, complex relationships to Dragon Age: Inquisition, the third entry to the DA franchise, due in October this year.

As well as simply showing romantic affection for another character, you'll be able to have a passionate, hate-filled tryst with a rival, or fool around with a mate. No word yet on whether drunken one-night stands will be a viable option, but we live in hope.

Bioware has gotten a lot of flack in the past for the romance sub-plots in its games, despite its fairly tame depiction of love and sex compared to The Witcher series, where if characters aren't doing it, they're talking about doing it, usually when you're right in the middle of slaying a monster or traipsing through a dungeon knee-deep in troll dung.

The difference is The Witcher series centres around one straight male character, Geralt, whereas Mass Effect and Dragon Age have always made a point of providing options for every sexual orientation and gender. Now, it looks like they're expanding to cater for every type of relationship preference, too.

If you were hoping to carry on a love affair from a previous Dragon Age game however, you're clean out of luck. In an interview with PC Gamer, executive producer Mark Darrah confirmed that you wouldn't be able to romance love interests from previous DA titles, to avoid the inevitable "baggage" they'd bring with them. Sigh - if only real life worked this way.

"If you've had a character in a previous game that was a romance option, typically we won't bring them back because they carry a lot of extra baggage with them," Darrah said.

"The player might get angry as well," he continued. "I think there's validity to that. You can start to cross off a few characters because of that. We often don't bring back characters, at least not as followers, if they were previously romance options." So basically, love them and leave them. Cold, Bioware.

It's a bit of a shame though - if the studio really is serious about representing different kinds of relationships, running into spurned former lovers should definitely feature somewhere on down the line.

I actually kind of adore the idea that you could turn up for a quest and lock eyes with a companion you bedded and then never called again. Just imagine the awkward dialogue options. That's real choice and consequence in a game right there.

That said, Bioware is all too aware that everyone has a very different opinion on what should be included in the romance portions of the game and what shouldn't.

A few months ago, Inquisition's lead writer David Gaider vented on his Tumblr: "I can easily imagine a time when the romances in Inquisition are revealed (whether that will be before or after release, I have no idea)," he wrote.

"There will be an inevitable reaction from people who are disappointed they couldn't romance someone with their character of choice, and some of them will rant at length as to how they were only deprived of said romance because of some agenda.

"We took away that romance because we're mean, or because we're boring and couldn't we see that the romance they wanted would be so much more interesting? And that romance we actually put in is not only terrible but is homophobic/biphobic/racist/pedophilia/etc, which their romance pairing would not be.

"Yes, at that time, the conversation of why we even bother certainly can and will come up within the team. For the most part, it's not hard to soon remember that we bother because there are a lot of people who enjoy the romances we write very much - and if there are people who take it to an angry place, it's probably because they passionately care. And also probably because we do sometimes make mistakes and can indeed do better."

Honestly, I've never really gotten into the romances in Bioware games (my Shepard was married to the Normandy), but I sincerely hope the studio doesn't stop doing what it's doing because of the negative reactions in some quarters.

They are one of the few developers consistently trying new things and going out of its way to make its games more inclusive, for gay and bisexual gamers in particular. And honestly, how many games can you say let you get hot and heavy with an elf? Not enough, dear reader. Not enough.

Aoife is a writer for Official Xbox Magazine. She likes games, comics, and long walks on the beach when no other modes of transportation are available.