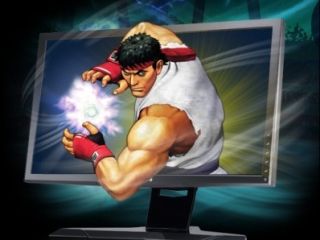 What will be the next major tech breakthrough in stereoscopic 3D gaming?

Where next for stereoscopic 3D gaming? And, by extension, what is that first properly 3D game - that title that will be the benchmark for all the subsequent 3D games to follow - going to be like?

These are vital, timely questions for hardcore gamers and games developers alike, as a familiar haze of cynical disinterestedness settles over the first batch of 3D games on PC and PlayStation 3.

Indeed, a recent report claims that, despite the concerted push from the TV and display industry to leverage 3D as an added-value feature on your new telly or PC monitor, many users will still rarely watch or play with 3D content in future.

Informa Telecoms & Media claims that, despite 3D soon set to become a default feature on our TVs and PC monitors, 3D TV will not be a mainstream success, with less than half of the 11 million 3DTV-ready UK homes in 2016 set to be active, regular users of 3D TV.

"We do not share the view that 3D represents the obvious next evolutionary step for TV, in the same way that colour followed black and white, or HD is following SD," reads Informa's damning report on the future of 3D.

"Colour and HD offer noticeable enhancements to the technologies that preceded them. But 3D TV is less of an enhancement and rather more a new type of viewing experience - one that many people will enjoy, but some way from becoming ubiquitous."

3D gaming: our only hope

Yet while those types of findings may well trouble the likes of Sky or Virgin Media, many gamers and games creators argue that it is the latest developments in 3D PC and console gaming that are really set to drive uptake of 3D tech in the home. However, some detractors of 3D in the games industry are beginning to argue that the heavy PR focus on 3D gaming tech and content from the likes of Nvidia and Sony in recent years may well have been misplaced.

"I think for a large number of consumers, stereoscopic 3D (in its current technological implementation) will remain incidental to gaming," says games analyst Nick Gibson, from Games Investor Consulting, "a fun option to have but just that, an option not a gaming necessity. This may change gradually as 3D becomes more ubiquitous but I think it will take a different technological implementation of stereoscopic 3D to make it a widespread must-have for gaming."

"Up to now there's been a real chicken-and-egg situation with the uptake of 3D in the home," argues the 3D gaming evangelist. "The TV manufacturers have been pushing the technology further and the price is starting to lower but the installed base won't increase until there's a good spread of 3D content available.

Oliver points out that the catch-22 for 3D gaming is the fact that entertainment companies won't bother investing in pushing out new 3D content until there's a big enough installed base of equipment to make it worth their while.

"I personally feel that this process is starting to gain some momentum now, though - more and more animated features are becoming available on 3D Blu-Ray, because they're being produced for the cinema anyway, and broadcasters are starting to commit to some 3D content too.