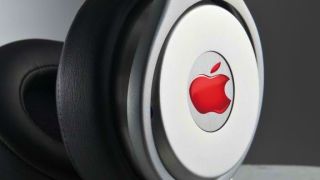 Apple bought Beats but ditched one of its speakers.

Even if we can all agree that Apple buying Beats headphones was probably to the benefit of both companies, sacrifices were made - and one of those was a wireless Sonos-style speaker in development at Beats.

Variety reports that the Sonos rival was killed off after the Apple acquisition, though it's not clear why - the engineers working on it have since moved on to other projects or left the company.

Some of Variety's sources say Apple and Beats executives just weren't keen on the idea; others suggest that issues with the product's development led to it being canned.

With Apple recently having to recall a series of Beats speakers over potential overheating problems, it's perhaps understandable that the company isn't fully confident in the hardware side of Beats.

It's made most use of the software side of the business, launching Apple Music on the back of Beats Music at WWDC last week. It's going to be available on Windows PCs and Android devices - but it won't work with Sonos speakers.

Maybe that's an indication Apple will eventually bring out a rival streaming speaker of its own, freed from the trappings of Bluetooth and desktop software - but it's interesting that the Beats project was closed down, if Variety's sources are correct.