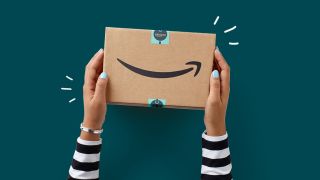 Ever thought you were getting a top-brand bargain on Amazon, only to have a fake arrive through the post? The online shopping giant is hoping to make that a thing of the past, with a new crackdown aimed at third-party merchants dealing in dodgy wares.

Amazon is to begin sharing more information on counterfeit sellers from its website with law enforcement, earlier, according to Reuters.

Previously, Amazon would only contact authorities when it believed it had a big enough case to pursue them. But going forward, it will share with the police a merchant's name, company name, contact info and offending product as soon a counterfeit item is identified – as well as closing down the seller's account.

Merchants will be offered the opportunity to appeal the punishment – mistakes do happen, of course – but it's a far more direct course of action than what Amazon has attempted in the past.

Previously, its left it to brands to issue takedown notices, or tried to deter cut-rate copies being sold by charging high fees on high-priced brands' goods.

As for why Amazon is stepping up its efforts now, aside from reassuring its ever-growing customer base, it may have to do with its relationship with the counterfeited brands in question. Sports brand Nike, for instance, no longer sells its wares through Amazon, a move many attribute to the company's battle against fakes.