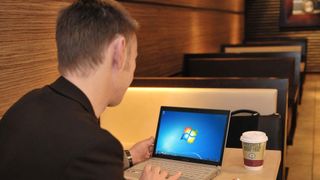 Windows 7 has another bug following official support for the OS ending, and it’s more serious than the wallpaper glitch Microsoft previously patched, with users left unable to reboot or shutdown their PC – at least not without resorting to rather clunky workarounds (more on that later).

Windows 7 reached end-of-life on January 14, meaning updates and security fixes are no longer issued for the operating system, so it’ll be interesting to see if despite that fact, Microsoft still fixes this problem – given its seriousness – as well as the aforementioned wallpaper gremlin which was cured.

As ZDNet spotted, the problem has manifested on various Windows 7 machines according to a number of reports online, with users complaining on several threads posted on Reddit for starters.

When trying to shut down their PC, those affected simply receive the more-than-confusing message: “You don’t have permission to shut down this computer.”

The actual cause is unknown, and Microsoft is yet to comment on the fresh bug, meaning that at the moment, we are very much in the dark.

According to advice from Quick Heal, a security firm and antivirus maker which chipped in on possible causes – and solutions – the problem could be down to User Account Control (or UAC) going awry in some manner, and not giving the admin account of the PC the correct permissions. That’s only a theory, mind.

You would imagine that something odd is going on with Windows 7 permissions, though, given that error message.

Quick Heal actually provides a detailed solution in an online support article which you can check out here. There are lots of caveats, though, including that this isn’t promised to work – the firm believes it ‘should’ do the trick – and that it involves tinkering in the Group Policy Editor.

The real snag is that this functionality isn’t available in the Home edition of Windows 7, so only Windows 7 Pro or Ultimate users can benefit (or indeed Enterprise editions).

If you can’t access the Group Policy Editor, or don’t fancy poking around in it anyway (even though the steps are reasonably straightforward), you can try one of the workarounds suggested on Reddit instead.

The snag with side-stepping the issue in this manner is that you have to do this every single time you want to restart your PC, or shut it down, which is a bit of a bind.

Another suggestion is to “hit CTL+ALT+DEL and then restart from the red icon in the lower right-hand corner”, which is certainly a quicker workaround that might be worth trying, just in case.

Even though Windows 7 is officially now out of support as mentioned, Microsoft may well feel obliged to fix this issue, just as it did with the wallpaper one, if only due to some of the conspiracy theories which inevitably float around about this being the software giant’s way of ‘persuading’ people to upgrade to Windows 10.

You can, of course, still upgrade to Windows 10 for free from Windows 7, or as others have pointed out, there are alternative operating systems, and you could always head for the Linux hills instead.