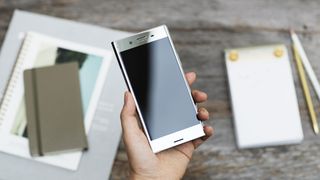 Update: Netflix has looped Sony's latest flagship into the HDR goodness. This makes the XZ Premium one of two phones available that support Netflix HDR out of the box.

In fact, bar the fact the Sony Xperia XZ Premium has 'only' 4GB of RAM, it’s hard to see what could really be improved on the spec sheet of this powerful phablet.

Let’s start with the main event: Sony’s brought out another 4K phone, but this time there’s a purpose: 4K streaming is coming to smartphones, and it’s going to be HDR-enabled too.

In fact, the day has finally come when owners can finally check that stuff out.

Both Netflix and Amazon are offering the 4K picture quality, and the Xperia XZ Premium has both the pixel-count and the HDR compatibility to show it off perfectly. But only the former has just added Sony's latest to the short list of phones that support its HDR content.

For those who care, the XZ Premium supports only the HDR10 codec though, no Dolby Vision as is in the LG G6, or Mobile HDR Premium, the one found in the Samsung Galaxy S8.

The fact that each of this year's flagships have adopted different HDR codecs likely made things difficult for app makers like Netflix. In a way, showing its support for devices like Sony's Xperia XZ Premium doesn't show a favoritism for the device maker, but for the codec itself.

As The Verge points out, Samsung's flagship has oddly been left out, despite being the phone in the batch that has sold the most units on a global basis.

It’s still way too early in the technology’s evolution to care about such things. It's a big deal that Netflix is supporting the XZ Premium. Now, the focus should be on the content and yes, it's finally trickling in.