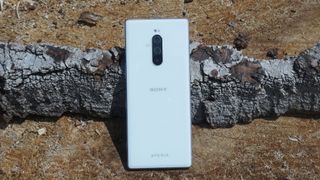 The Sony Xperia 1, above, is likely to get a successor on February 24 (Image credit: TechRadar)

In news that will please Sony phone fans, the flagship Sony Xperia 2 (or Sony Xperia 5 Plus as it might be called), will be landing at MWC 2020 in late February. Or at least Sony is holding an event then, and the Xperia 2 will almost certainly make an appearance.

Several tech websites have received an invite to a Sony press conference on February 24 at MWC (as shared by GSMArena), and while the invite doesn’t say what will be shown, we’d expect the company will have something high profile up its sleeve if it's bothering to hold a press conference.

Of course, Sony might well unveil other devices too. The mid-range Sony Xperia 6 has been rumored for one, so don’t be surprised if there are yet more handsets and maybe even a tablet, headphones, or other type of device.

With Samsung set to get ahead of MWC with a February 11 announcement for the Galaxy S11, the Sony Xperia 2 could end up being one of the main highlights of the show.

Based on rumors we’re expecting a top-end Snapdragon 865 chipset, 12GB of RAM, a quad-lens rear camera and a 6.6-inch screen, all of which sounds promising.

We’ll know the truth soon, and TechRadar will be on the ground at MWC reporting all the news as it happens, so make sure to check back here on February 24 and throughout the rest of the several-day-long event.