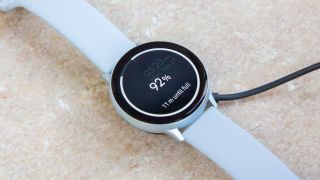 A new report from trusted Samsung blog SamMobile has said the upcoming Galaxy Watch Active 3 will keep the design elements of the existing watch. It's also expected to come in a Stainless Steel variant, much like the last gen watch did.

Black, silver and gold are expected to be the color choices for the watch, while the Stainless Steel variant is only currently being developed for the latter two.

That may change by the time of release though, as the Watch Active 3 isn't expected to debut until August this year, likely alongside the Samsung Galaxy Note 20.

Previously we've heard the Galaxy Watch Active 3 will come with 8GB of storage (previous watches from the company have been limited to 4GB) as well as an increased 330mAh battery for the smaller model.

And while the Galaxy Active 3's announcement might be a way off, we're expecting to hear all about the Samsung Galaxy S20 family and the Galaxy Z Flip at the company's own event on Tuesday February 11.