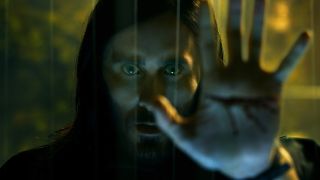 The trailer for Spider-Man spin-off Morbius, which stars Jared Leto as the vampiric Marvel character, is here. The trailer isn't all that exciting at first glance: it looks like a cross between a superhero origin story and an Underworld movie, but the big news here is that it has a Marvel Cinematic Universe connection.

At the end of the trailer, Michael Keaton turns up, presumably reprising his role as Adrian Toomes, AKA the Vulture, from Spider-Man: Homecoming.

This is a significant twist. Morbius hails from Sony like the Tom Hardy movie Venom did, so we assumed it lived in its own little universe away from the Avengers and pals. This trailer, though, suggests that this spin-off is connected to the wider MCU story in some way. Take a look:

Morbius hasn't been announced as part of the MCU's Phase Four, so you can expect that anything that happens in this movie lives independently from everything Disney is doing. After all, while Marvel Studios co-produced Spider-Man: Homecoming and Far From Home, it didn't work on Venom and it's not working on Morbius.

This suggests Sony has some agency over how the characters are used, regardless of whether they originated in an official MCU movie or not. If that's the case, it means it's not inconceivable that Tom Holland's Peter Parker could pop up in one of these spin-offs.

Morbius also stars Matt Smith and Jared Harris, and is released in cinemas on July 31, 2020.