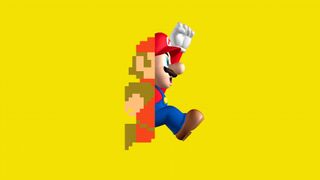 Nintendo's next console, the Nintendo NX, will be a replacement for both the Wii U and the 3DS, according to a new report.

The Wall Street Journal reports that development kits have already gone out to developers making games for the new system, and according to The Verge, which picked up the story, the new console will feature a home unit, but with a "mobile unit" that can either be used with the console or taken away and used separately.

The report also suggests that the new console will feature more powerful "industry-leading" chips in order to match up to the likes of the PS4 and Xbox One. Though details are not forthcoming as at E3 earlier this year Nintendo ruled out talking about anything to do with NX until next year. For the time being, at least, Nintendo is committing to continuing support for the ailing Wii U, which has lagged significantly behind its predecessor (the original Wii) in terms of sales and third party support.

The news also comes as Nintendo has just made an investment in mobile developer Niantic, which is currently working on augmented reality mobile game Pokémon Go. This perhaps suggests that replacing the 3DS with a like-for-like device is not on the cards given the future is clearly mobile - so mixing things up with a home console might make slightly more sense.

As for the NX itself, it is widely expected that the console will be released next year, perhaps with the next Mario game. As of yet, the only confirmed title for the new console is Dragon Quest XI.