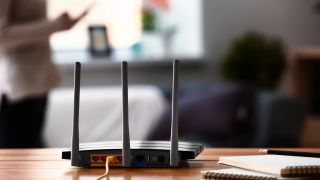 Australians on an NBN fibre to the node (FTTN) connection are less likely to get the speeds they’re paying for, a new report by the Australian Competition and Consumer Commission (ACCC) has revealed.

The Australian regulator has found that 11% of households surveyed technically have an ‘underperforming’ NBN service – and, alarmingly, a staggering 95% of those underperforming households are on FTTN connections. Around a quarter of FTTN users on high speed 50Mbps and 100Mbps plans are not able to achieve their full plan speed.

The ACCC classifies a service as ‘underperforming’ if less than 5% of the speed tests conducted exceed 75% of the promised maximum speed.

According to an ACCC spokesperson, FTTN often underperforms because of limitations with some FTTN lines, including the distance of the premise to the node and in-house wiring faults, which tends to impact this technology more than others.

The report did have some positive findings, however. The overall speed of NBN plans is picking up for most people, for example, with all major ISPs now delivering more than 80% of the promised maximum speed plans between the busy evening hours of 7pm and 11pm.

The ACCC also found that people on lower-speed plans were more often able to achieve the fastest theoretical download speeds available on their connection. For example, it found those on 12Mbps plans on average were able to maintain speeds of around 90% of their connection’s maximum, and users on 25Mbps plans reached an average speed of just over 88%.

“We are pleased to see that speeds have generally improved, however we need more action from NBN Co and retail service providers so that all consumers can access their full NBN plan speeds,” said the ACCC Chair Rod Sims.

The ACCC report also noted that Dodo and iPrimus (both subsidiaries of Vocus) saw the greatest improvement in download speeds, jumping from an average of 81.7% to 87.9% – although that still lags behind most other NBN resellers that the ACCC tracks.

When it comes to the ISP delivering the best average download speed, Optus has managed to keep its crown after stealing it from TPG in the ACCC’s previous report, released in November.