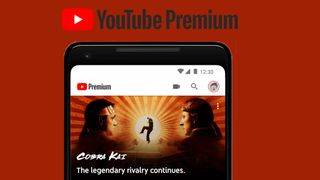 According to Reuters, the company is planning to advance towards building a viewer base for YouTube Premium service in the country. As per company's plans, the original programming will be split into various genres instead of a uniform format. It is said to include talk shows, scripted series, reality series, music documentaries and more.

Susanne Daniels, Global Head of Original Programming for YouTube, in an interview, said that “the content will be produced in local languages and subtitled or dubbed for other markers.” Meaning, the originals will be customised for the respective regions. Unlike Netflix and Amazon Prime, the YouTube will not put all the original content for Premium subscribers and instead, only select content will be available for subscribers. Rest of the content will be available on YouTube for free, of course with advertisements.

YouTube is looking to target the hot markets, where the video platform is in predominant position. India is, of course, one of the biggest markets for YouTube with more than 225 million monthly users. Notably, the original programming service is also reported to be launched in France, Germany, Japan and Mexico.

While Netflix and Amazon are early entrants in subscription based video streaming space, YouTube has its existence in the country from more than a decade. Although its original programming will be fairly new in India, it still has the resources to attract huge number of viewers at an unusual pace. Of course, their content and pricing will play a crucial part.

There’s no final word on the expected launch date from the company yet. Neither any hint about the subscription model or shows.